Rev. Edie Weinstein, LSW  (a.k.a. Bliss Mistress) is an ‘opti-mystic who views life through the eyes of possibility. Her creative, career and spiritual paths have led her to become a writer, speaker, interfaith minister, reiki master, clown, greeting card text writer (for Kathy Davis Designs/Recycled Paper Greetings) and social worker. She engages in life fully, inviting others to join her. As a guide, she holds a mirror up to those with whom she works, so that they may see their own beauty and discover their own answers. She is available to speak to your business, health care organization, school, faith and community group. 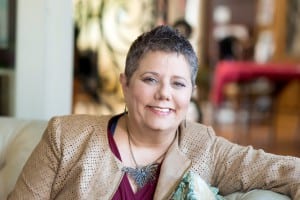 A free-lance journalist, her writing has been printed in publications  and on sites such as The Huffington Post, Elephant Journal, Beliefnet, Identity,  Inner Child Magazine, New Visions, Holistic Living, Conversations, Bellesprit, The Whirling Blog, The Doylestown Intelligencer, The Philadelphia Inquirer, YogaLiving, Wisdom, Mystic Pop, In Your Prime, the “What The Bleep Do We Know?” website and The Bucks County Writer. She has been interviewed by the Philadelphia Inquirer, Fox 29 news, CBS 3 news, WWDB 96.5 and National Public Radio as well as numerous blog talk stations. She is extremely comfortable on both sides of the microphone.

Her alter-ego is “Feather”, a faerie clown who teaches people the value of healthy humor. She has discovered laughter as a balm for her own emotional wounds.