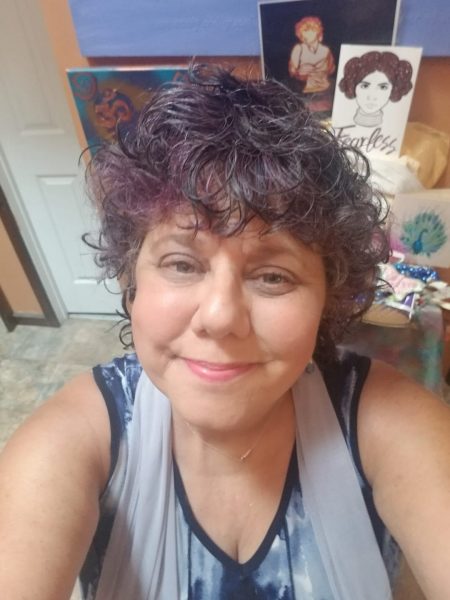 Once upon a time, a woman decided to make the world a more welcoming, embracing place, since she saw that often, people felt alone and disconnected from those around them. They didn’t always know how to ask for the nurturing, platonic touch, by consent that they needed. She pondered how she might help meet that need.  An idea came to her that she would gather a group of playful and kind friends at 30th Street Station in Philadelphia which is known as ‘The City of Brotherly Love and Sisterly Affection’. They would carry with them signs that let passengers know that they were offering hugs.

Amazingly, a majority of the people accepted the hugs and love they were sharing on a cold Valentines’ Day weekend in 2014. She smiled as she imagined that they carried that energy with them back into their daily lives.

Because it was a FREE HUGS Flashmob, friends began to refer to them as Hugmobsters. She added the tagline. ‘armed with love,’ so it counteracted the violent image of mobsters.  She estimates that she/they have hugged thousands of people in the interceding five years. It warms her heart and she has been told, that it does the same for those on the receiving end, although, she realizes that the hugs are mutual. Read on about her adventures as she encourages you to share the love with those you encounter, whether or not they are familiar. She reminds you that everyone you now know and love was once a stranger.

Featured in these publications:

“Doylestown therapist Edie Weinstein puts the squeeze on people by giving away free hugs. She’s part of an international movement of huggers that connects people through cuddly contact.”

Would you hug a random stranger? Probably not if you could help it, right?

Well, one day in 2014, local writer and speaker Edie Weinstein traveled to 30th Street Station with a group of 12 friends to do just that. They were participating in a “free hugs flash mob.” While they were there, Weinstein and company spent an hour asking to hug — and subsequently hugging — what turned out to be a few hundred strangers filtering through 30th that day.

After a Heart Attack, This Bucks County Woman Hugged Her Way Across America – Philadephia Magazine, Dec. 2, 2019

This Is The Story Behind Doylestown’s Spontaneous Hugger – Patch, Doylestown, PA, October 10, 2019

“You may already know Edie Weinstein. In fact, you may have already hugged her.”

“It takes a lot of courage to be who you are.”