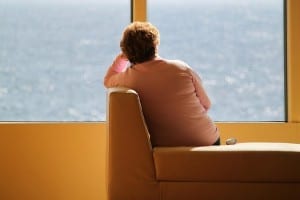 I have done the internet dating dance and it has felt far too much like a weird fusion of job interview and audition. I would much prefer to meet someone, as I had prior to my marriage and as I did with my husband, in the general course of life, doing what I enjoy doing.

At lunch last week with a long time friend who has known me since the 1980s, I mentioned my fear of attracting another partner with the same wounds and issues as Michael. She looked me in the eye and told me that I wouldn’t since I was now vibrating at a different frequency than I was way back then. To translate for non “woo woo” folks, Lorraine meant that I had done a shit ton of work on myself and would cross the street to avoid those dynamics now.

Read the popular piece, To The One I Have Not Yet Met

Every time I have uttered the words in over 300 wedding ceremonies I have officiated, tears have welled up since what I am offering to the couple, I am also offering to myself and the Beloved who I sense is preparing for blending our lives, just as I have been doing. I have long known that this One will arrive not a moment later or sooner, but in Divine timing.

Interview with His Holiness the Dalai Lama 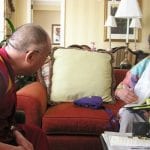 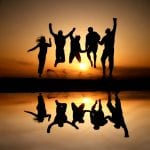